More than 4 million tons of pesticides are used every year.

This is double the amount used in 1990, despite a growing body of evidence that the active ingredients cause harm to people and nature. Whilst global governments have begun to ban certain pesticides, financial institutes continue to pump tens of millions of dollars into the biggest producers of these hazardous chemicals.

Scientists have sounded the alarm on ‘ecological armageddon’

Insects contribute some USD$57 billion to the US economy alone every year by supporting wildlife, pollinating crops, and providing free pest control. But insect biomass is drastically decreasing around the globe, partly due to pesticide use. Around 40 percent of insect species globally are currently threatened with extinction.

People are suffering from the health impacts of pesticides too

By their very nature pesticides are poisonous. The health impacts of exposure to pesticides can vary from a sore throat and skin irritation, to more severe consequences such as Parkinson’s Disease and aggressive forms of cancers. Some of the biggest producers have been fighting legal battles due to accusations that their products have caused illnesses in children and cancers.

The industry is cannibalising itself, giving just a few corporates majority control over the worlds seeds and pesticides

As the concentration of the industry increases, so do concerns that these mergers could lead to a lack of competition, stifling innovation in the agricultural sector and potentially leading to price hikes that could see farmers in even more economic trouble than many of them already are. 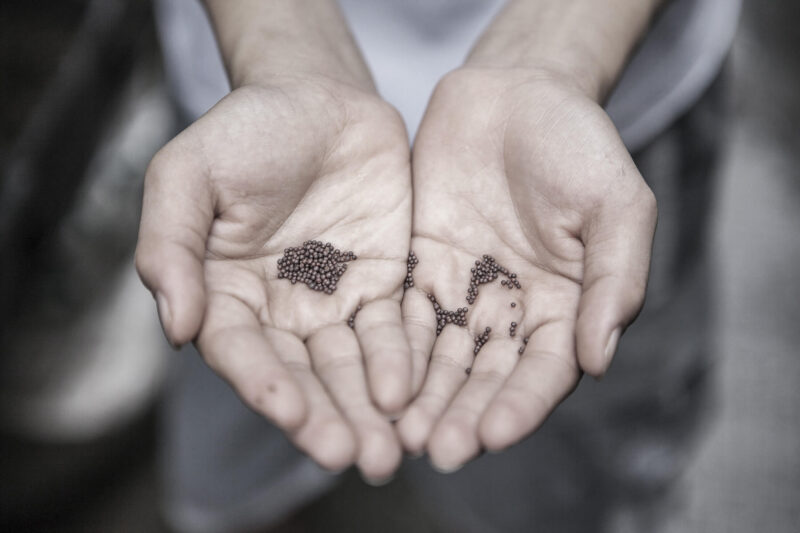 There were well-known finance brands amongst some of the biggest investors in the six pesticide companies assessed, such as HSBC, Credit Suisse, Bank of America and Citigroup.

Blackrock and Vanguard were the most prominent underwriters of bonds and shares for 5 of the 6 pesticide companies – Dow Inc, DuPont, Coteva, BASF and Bayer.

BASF, Dow Inc and DuPont had significantly similar and concentrated profiles in terms of the financial institutes underwriting their shareholdings.

We are calling for: